examples of annotations located in the dictionary 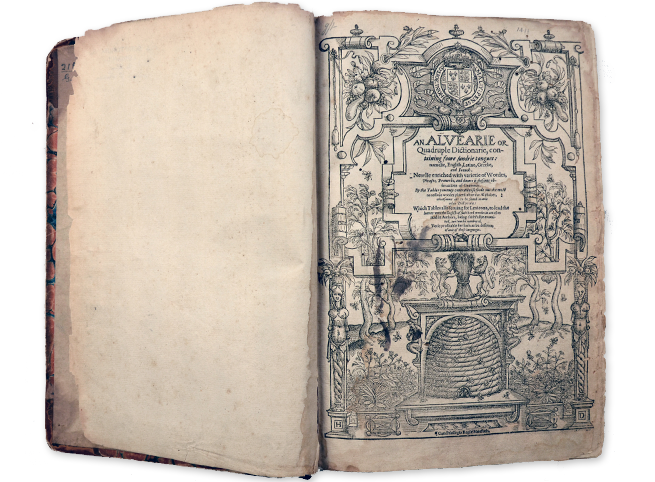 A digital version of Baret’s

chapter on “The Trailing Blank” 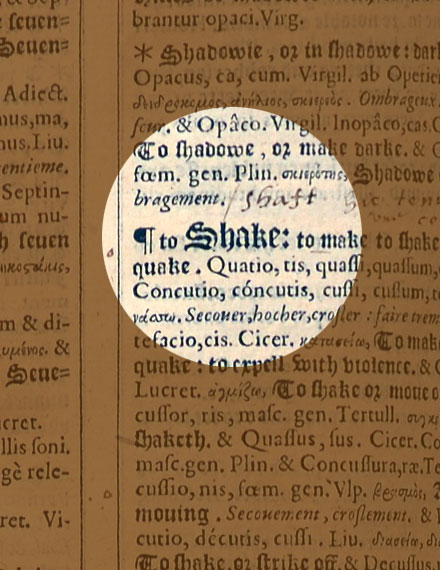 We use the term “spoken” annotations for those occasions when the annotator adds words to either the margins or within the text columns. The spoken annotations are frequently formulated from printed text within Baret that the annotator has addressed, using little circles, slash marks, and underlining. These three types of markings represent the primary categories of what we collectively refer to as the “mute” annotations. Both the mute and spoken annotations are continually interrelated throughout the book from beginning to end, as part of a most unusual and characteristic method. 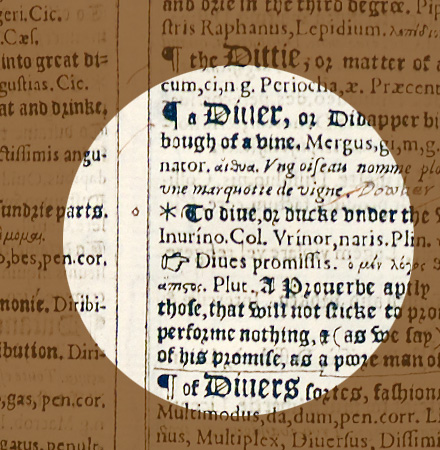 Baret uses a pilcrow ¶ to indicate a new head word. The annotator marks head words of interest with a slash, and uses a little circle to express interest in subsidiary definitions belong to the same family as the head word (printed in Baret following a * symbol). 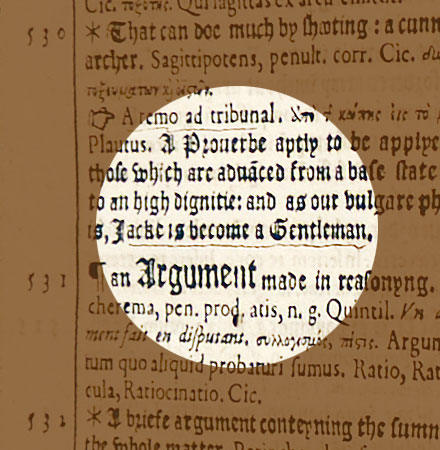 The majority of spoken annotations are formed from text that the annotator underlines and the surrounding words in the area of the underlining. Included among the underlinings are proverbial phrases, portions of classical texts translated into English, and individually underlined words that appear in primary or subsidiary definitions.

A530. Jacke is become a Gentleman. 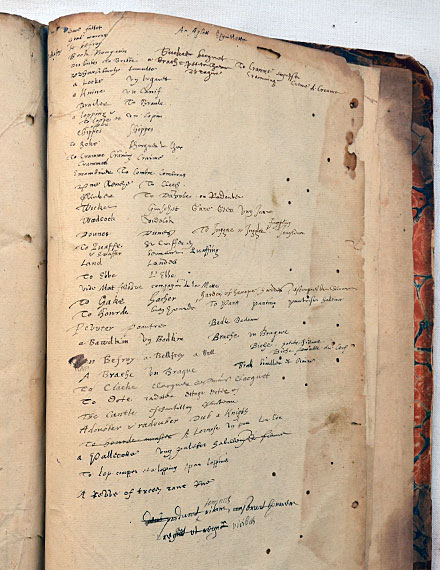 The Trailing Blank is a leaf that is found at the end of the book following the printed text. This page contains roughly forty distinct words (and a few phrases) in English, the majority translated into French alongside. The variable mixed handwriting that appears on the Trailing Blank page matches the annotator’s variable mixed hand as seen throughout the book. The miscellaneous words and word combinations found here produce extraordinary results when examined alongside Shakespeare texts. A chapter on the Trailing Blank that reveals these results appears in Shakespeare’s Beehive: An Annotated Elizabethan Dictionary Comes to Light, and is available in its entirety on this website. We encourage, as a means for comparison, the examination of the words on the Trailing Blank through the lens of work produced by other writers, of Shakespeare’s time, or any other period in recorded literature. 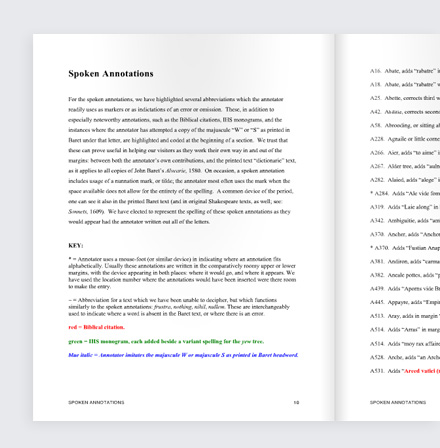 A Compleat Recording of the Annotations

This document is a compilation of every mark that the annotator has made in Baret’s Alvearie (apart from some much later markings in pencil that appear in one index), and is divided into four sections, according to annotation type. A PDF of the Recording of the Annotations (384 pages) is available upon request to anyone who purchases a copy of Shakespeare’s Beehive: An Annotated Elizabethan Dictionary Comes to Light.

George Koppelman and Daniel Wechsler’s extraordinary account of their acquisition and subsequent research into an annotated Elizabethan dictionary published in London in 1580. Read More